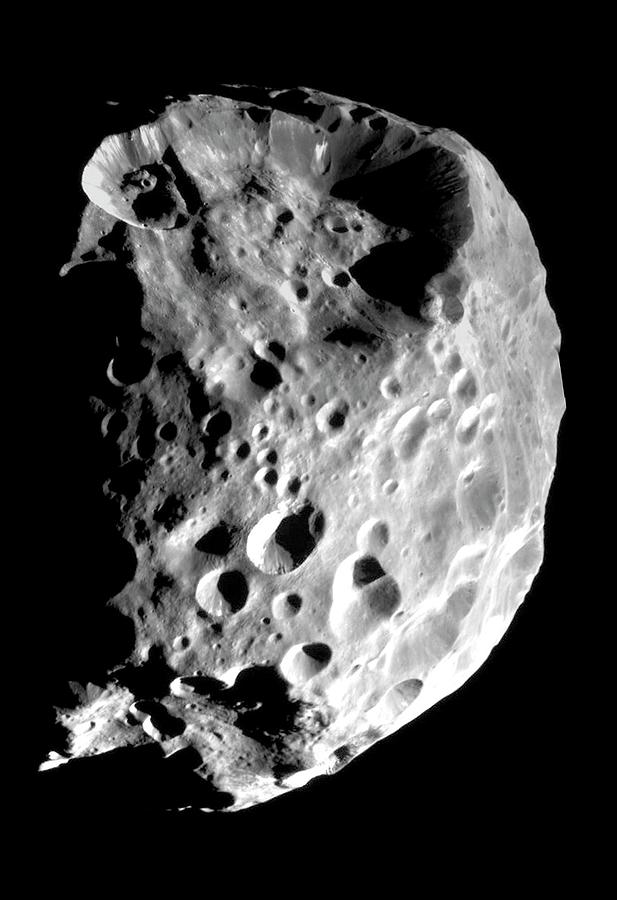 Phoebe. Mosaic of two images of Saturn's largest outer moon Phoebe, imaged by NASA's Cassini spacecraft. Many craters, which are caused by the impact of meteorites, can be seen on the surface. The bright white areas, top left and lower right, are thought to be ice that has become exposed due to the impact of meteorites colliding with the moon. This is evidence for the theory that Phoebe, which has a diameter of 220km, is an ice- rich body, covered with a layer of dark material. The Cassini-Huygens spacecraft was launched in 1997 to investigate Saturn, its rings and its moons. This image was taken during Cassini's flyby on 11th June 2004 at a distance of 32,500km.