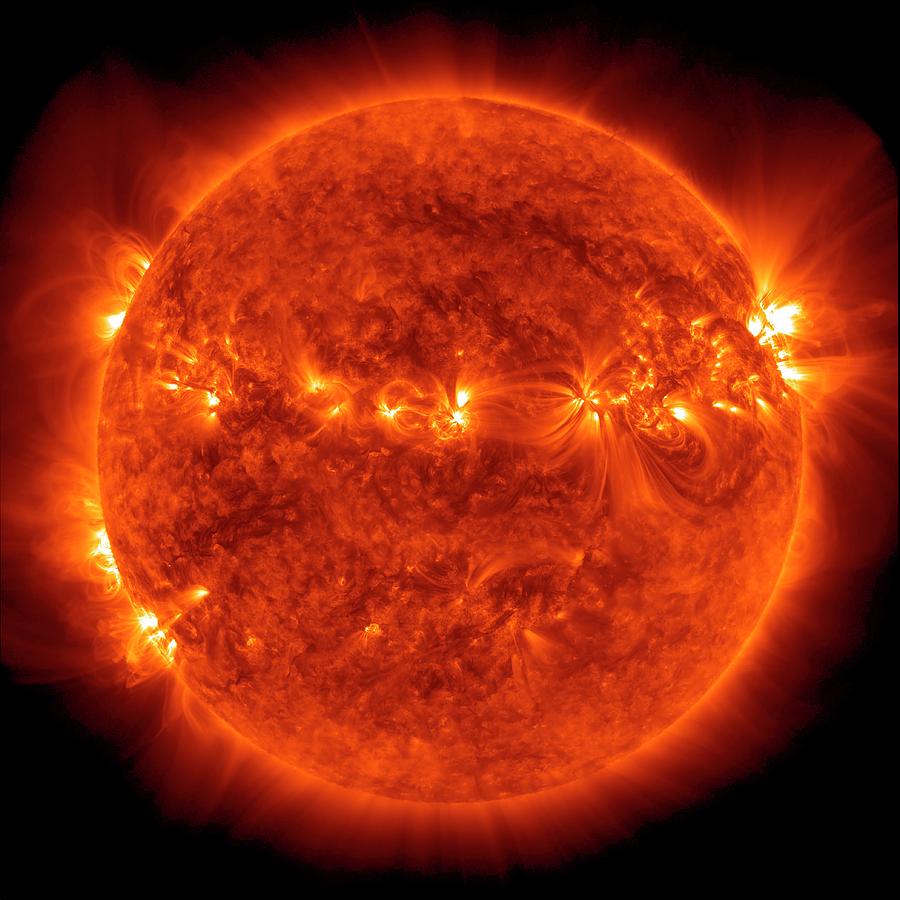 Active Sun, Solar Dynamics Observatory (SDO) ultraviolet image. This image was obtained during a period when the Sun had a number of active regions. The bright, spindly strands that extend out of these active regions are particles spinning along magnetic field lines that connect between areas of opposite polarity. The SDO is an Earth-orbiting spacecraft launched in 2010 by NASA and used to observe the Sun. Here, the Sun and its atmosphere (not seen in visible light) is seen at a wavelength of 171 angstroms (extreme ultraviolet). Such images are usually tinted a gold colour, but here the image has been coloured in red. This image was obtained on 1 October 2011.

Nice job! Keep up the good work! Great talent. I really would apreciate your feedback of my Photography ;-)

Nice & Congrats on your sale :)