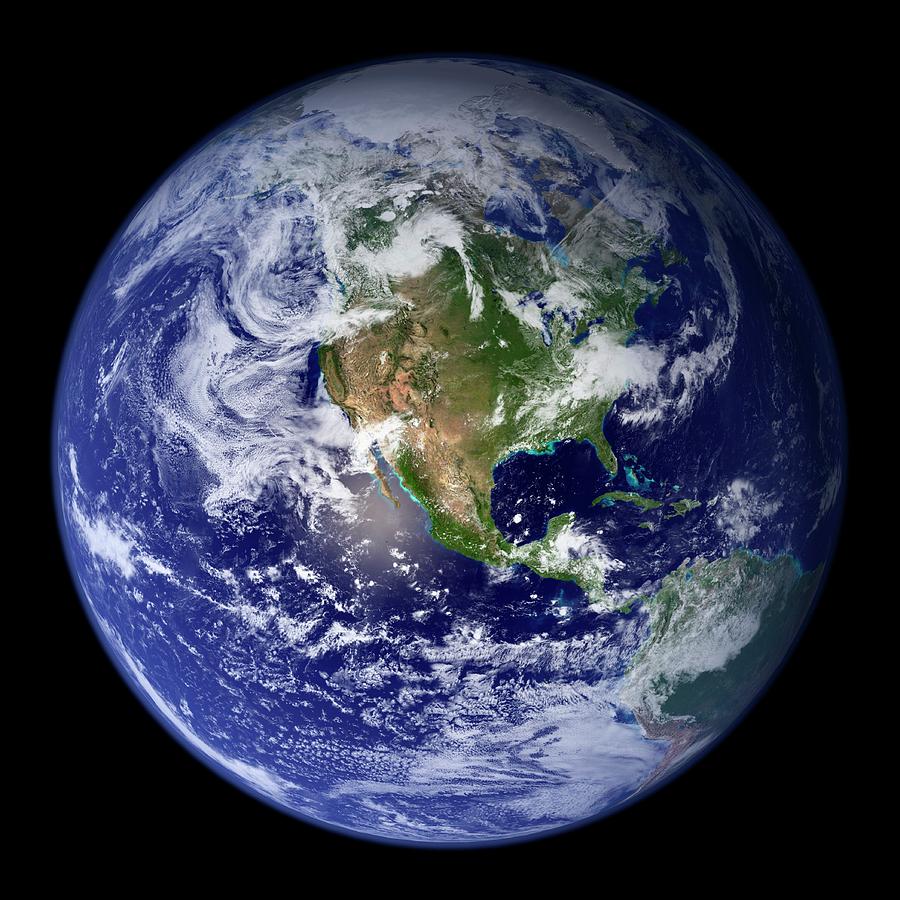 Blue Marble image of Earth. Composite satellite image of Earth's western hemisphere, centred on Mexico. North is at top. This image is one of a set released in March 2010 using Blue Marble: Next Generation data. Most of the land observation data for this image was obtained in 2001 by the Moderate Resolution Imaging Spectroradiometer (MODIS) on NASA's Terra satellite. Also included is Blue Marble data from other satellites and Earth observation systems, including observations of cloud cover, topography and chlorophyll colours in coastal waters. Improved processing was carried out to produce the final image, which includes a thin haze of atmosphere.