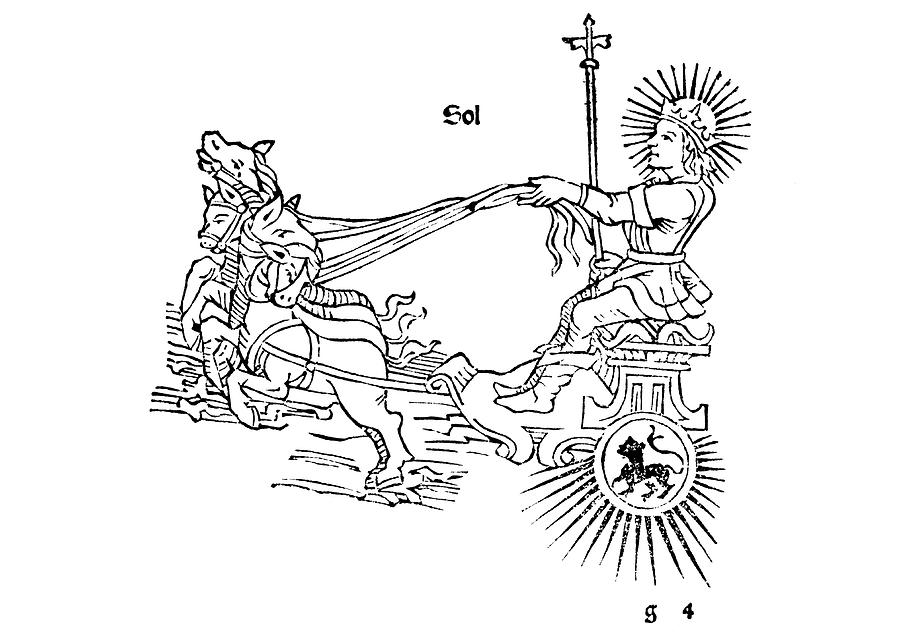 Sun, 15th century artwork. Engraving of the Sun on a chariot. The Sun was represented by Apollo, the god of light in Roman times, so he is shown here as wearing a shining crown and sitting on a glowing chariot. The conjunction (alignment) of the Sun with other planets and star constellations in the sky is considered to be significant in astrology, the ancient belief that the celestial bodies influence human lives. The symbol on the chariot's wheel is the zodiac sign Leo, for which the Sun is the ruling planet. This artwork is from Poeticon Astronomicon (Poetic Astronomy), a star atlas by Hyginus that was published in 1482.