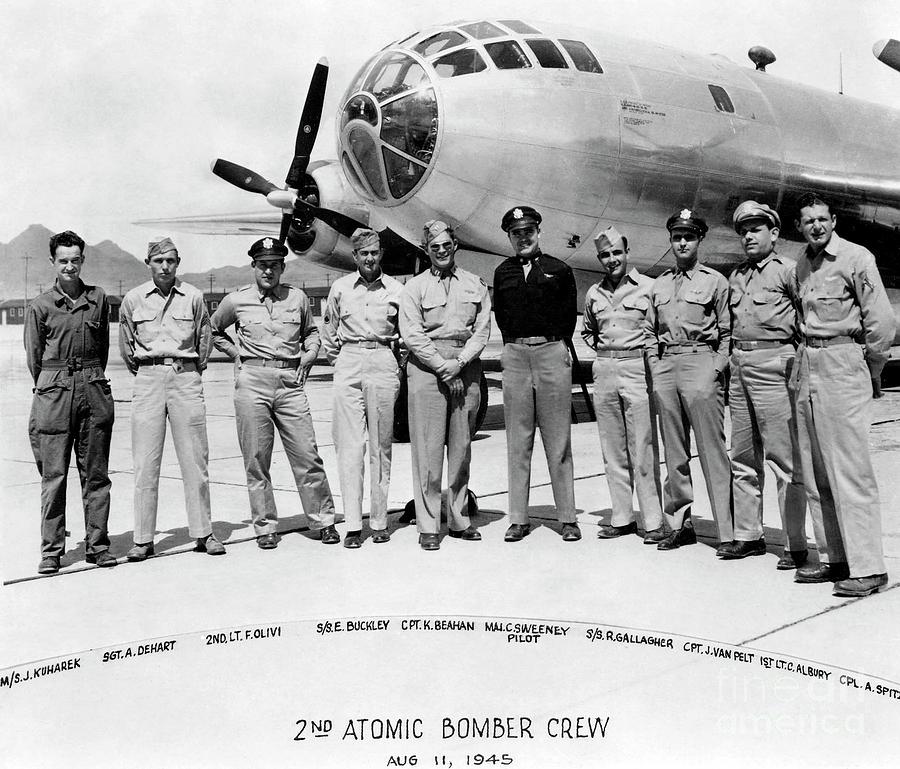 Second atomic bomb mission. Crew members of the US Boeing B-29 Bockscar bomber (in background) that was used to drop the Fat Man atomic bomb over Nagasaki, Japan, on 9th August 1945, during World War II. This was the second atomic bomb used in warfare, following the atomic bomb over Hiroshima on 6th August, three days earlier. Over 220,000 people died in both cities, and thousands were injured. Japan surrendered a few days later. The names of the crew are inscribed across bottom. The pilot and commander was Major Charles W. Sweeney (black jacket, centre). This photograph was taken at the crew's base in the Mariana Islands on 11th August 1945, two days after the mission. The nose art on the aircraft, painted for the mission, has been removed.