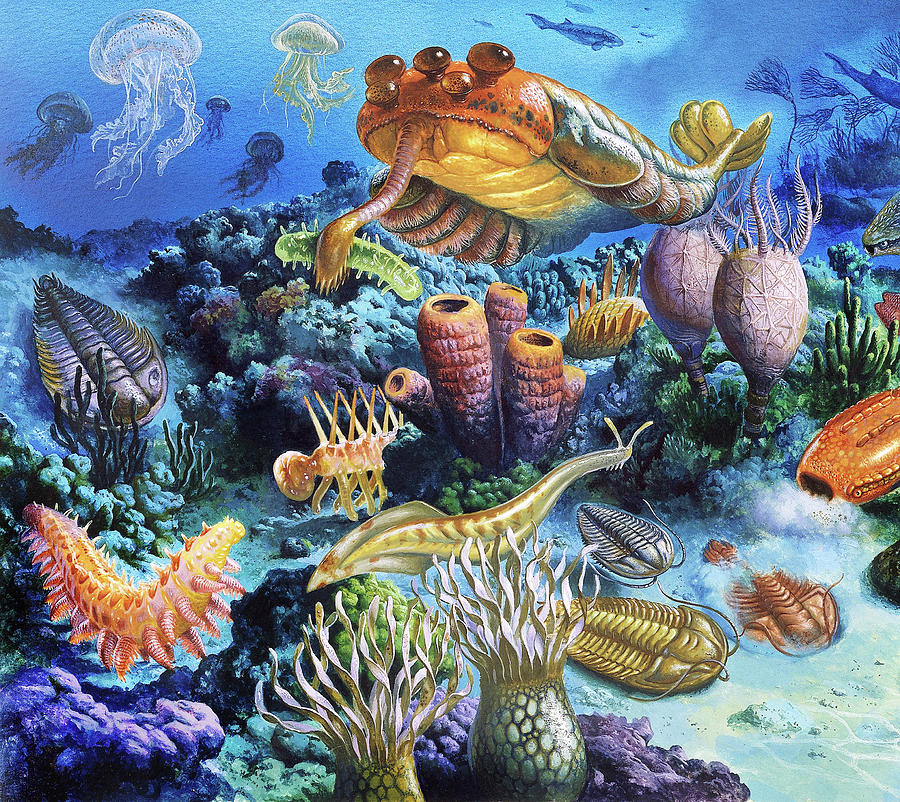 Palaeozoic arthropods. Artwork depicting extinct marine arthropods from the Cambrian period of the Palaeozoic era, (between around 500 and 300 million years ago). The organisms seen here have been reconstructed from fossils found in the Burgess Shale deposits in British Columbia, Canada. The organisms depicted include Opabinia (top, stalked eyes) and Pikaia (long, thin at lower centre). Several trilobites are also depicted (flat- shaped, centre left and lower right). During the Cambrian period as many as fifty separate major phyla emerged suddenly. These occurence is referred to as the Cambrian explosion.