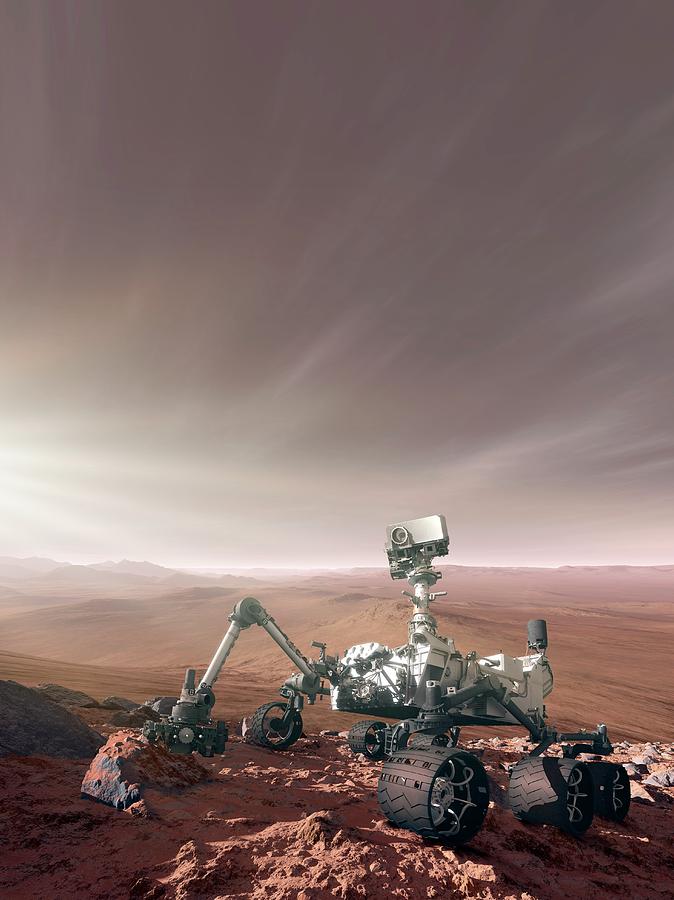 Curiosity rover. Computer artwork of the Mars Science Laboratory (MSL) mission rover, Curiosity, on the Martian surface. The rover, which weighs over 900 kilograms, has a robotic arm to collect samples and a camera on a 2.1 metre tall mast. It was launched on November 26, 2011, and landed on Mars on 6 August 2012, on a mission to investigate the Martian climate and geology, and to determine if Mars is, or was ever, able to support microbial life.