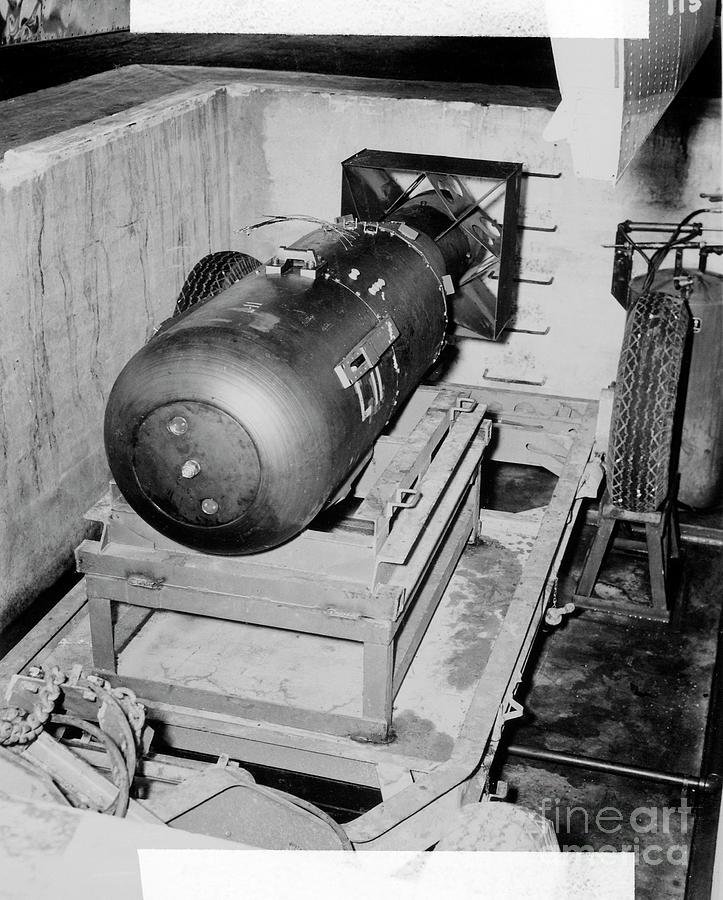 by Us National Archives And Records Administration/science Photo Library

Little Boy atom bomb. Developed by the US military, this was the first atom bomb used in warfare. It was dropped on the Japanese city of Hiroshima on 6th August 1945, detonating with the force of 12,500 tons of TNT. It destroyed an area three kilometres across, destroying 90 percent of the city's buildings and killing some 80,000 people. The bomb was 3 metres long and contained 64 kilograms of uranium. It is seen in a pit on its trailer cradle, about to be loaded into its aircraft (bomb bay door at top right) during pre-flight preparations in the Mariana Islands.