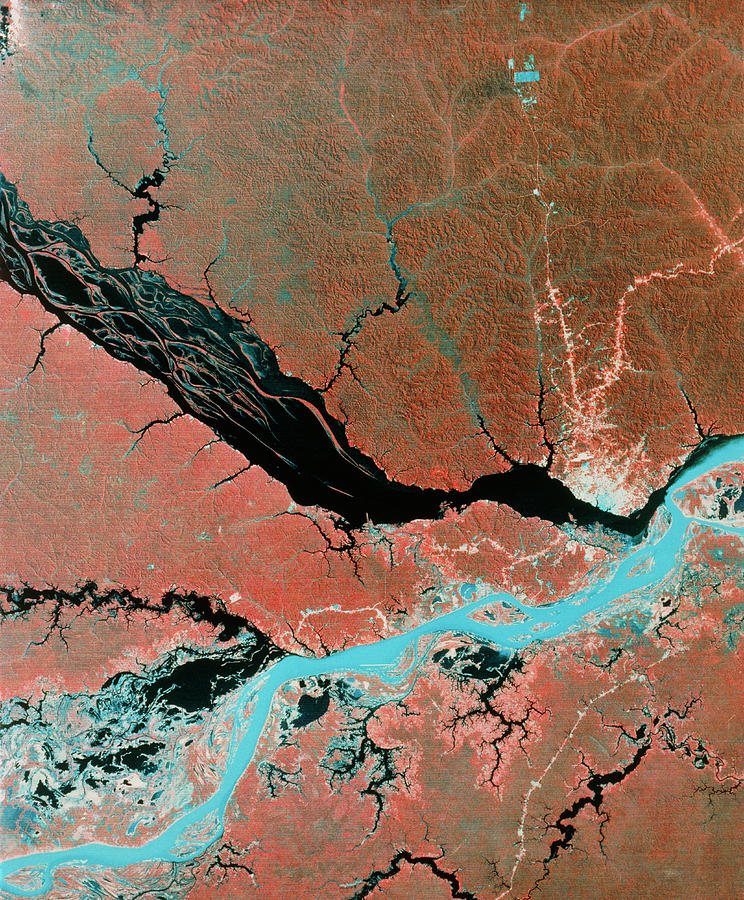 Landsat photograph of the Amazon at its junction with the Rio Negro, showing the city of Manaus. Sediment carried by the Amazon causes it to appear blue, unlike the waters of the Rio Negro. The waters of the two rivers do not completely mix, but retain separate colours for some distance past the confluence. The city of Manaus appears as the blue-white area on the northern (upper) bank of the Rio Negro, just before the river joins the Amazon. The bulk of the remainder of the image displays the redness of the Amazon's rain forest, broken by tributary rivers and a few roads, which appear as white swathes through the vegetation.