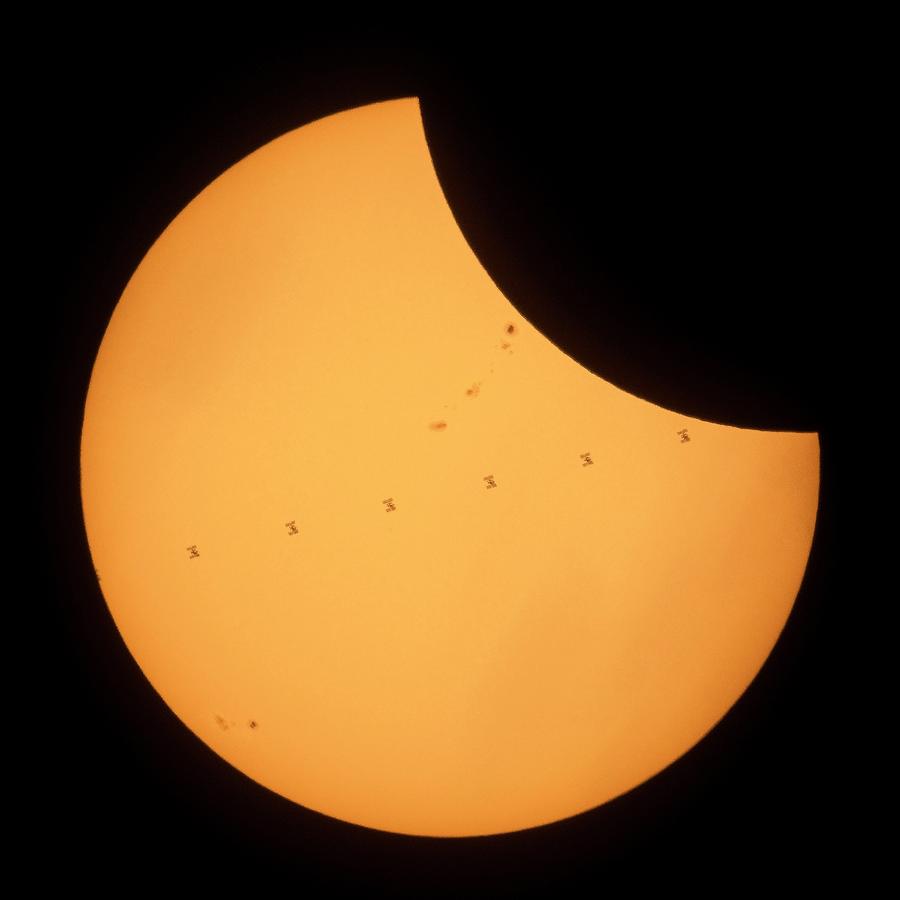 Composite image of the International Space Station (ISS) transiting the Sun during the partial solar eclipse of 21st August 2017. Solar eclipses occur when the Moon passes across the Sun as seen from Earth. A total solar eclipse tracked across a narrow portion of the contiguous United States from Lincoln Beach, Oregon, in the north west, to Charleston, South Carolina, in the south east. A partial solar eclipse was visible across the entire North American continent. Solar eclipses usually occur less than once a year, and can only be seen from a small area of the Earth's surface. Photographed from near Banner, Wyoming, USA.