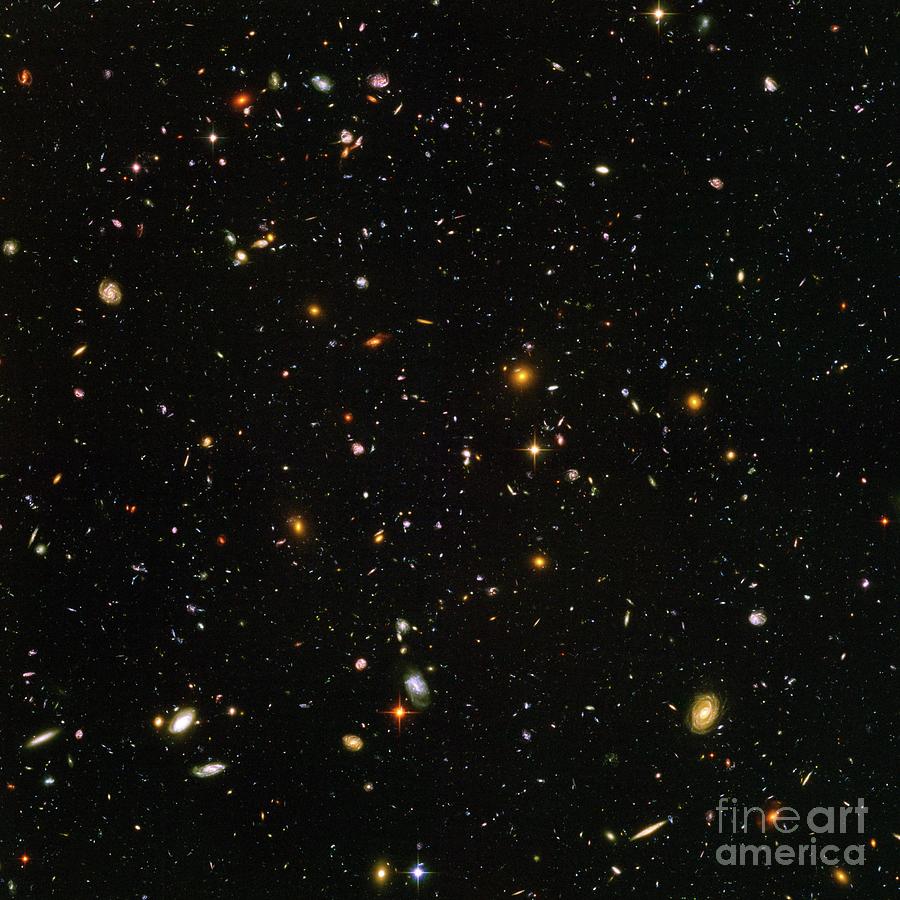 by Nasa, Esa, And S. Beckwith (stsci) And The Hudf Team/science Photo Library

Hubble Ultra Deep Field. Obtained in 2003 and 2004, this view shows distant galaxies in an area of the constellation Fornax, as seen by the Hubble Space Telescope (HST). The view shows nearly 10,000 galaxies in what is called the Hubble Ultra Deep Field. The galaxies are of various ages, sizes, shapes, and colours. The smallest, reddest galaxies may be among the most distant known, existing when the universe was just 800 million years old. The nearest galaxies (brighter spirals and ellipticals) are from about 1 billion years ago, when the universe was 13 billion years old. This image consists of 800 exposures taken over 11 days, between September 2003 and January 2004. Image data in optical and infrared, from the HST's Advanced Camera for Surveys (ACS).

Congratulations on your successful sale!

Congratulations on your recent sale!