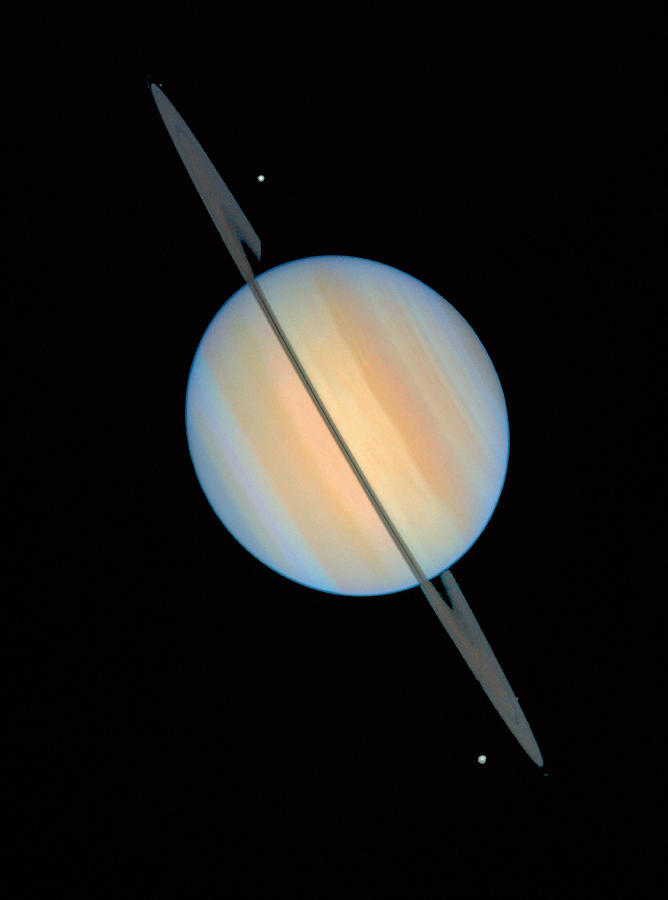 Saturn. Hubble Space Telescope image of the planet Saturn with its rings and two of its moons visible. Here, the planet is viewed at an angle, while its rings are seen edge-on and thus appear as a thin circular band. These rings comprise a sheet of material (rocks coated with ice) orbiting around the equator of Saturn. Saturn itself is a ball of gas with its gaseous surface forming coloured bands. Two of Saturns nine moons are visible as white dots: Tethys (at upper left) and Dione (at lower right).