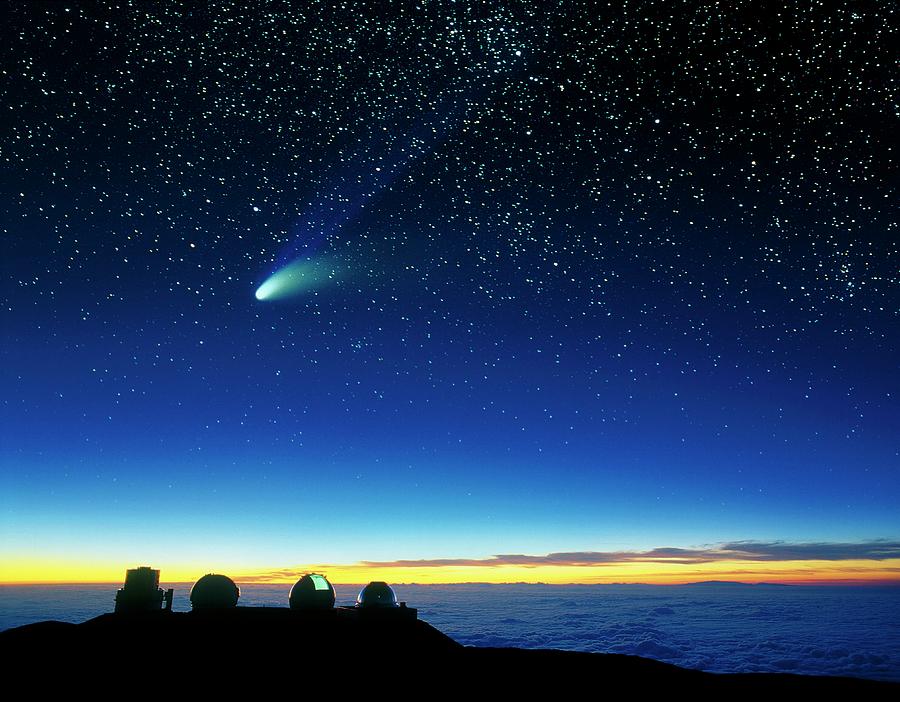 Mauna Kea telescopes and comet. Image taken at dusk of telescope domes on Mauna Kea, with comet Hale-Bopp seen in the sky. The telescopes are from left to right: Subaru, Keck I and II, NASA infrared facility. Comet Hale-Bopp was one of the brightest comets of the 20th century. Here, its two tails are seen. The gas or 'ion' tail (blue) consists of ionized glowing gas blown away from the comet head by the solar wind. The dust tail (white) consists of grains of dust pushed away from the comet head by the radiation of sunlight. Comet Hale-Bopp was seen in early 1997. Mauna Kea, an extinct volcano in Hawaii, has many telescopes on its 4,205 metre high summit.

What a great image!

Congrats on your sale!