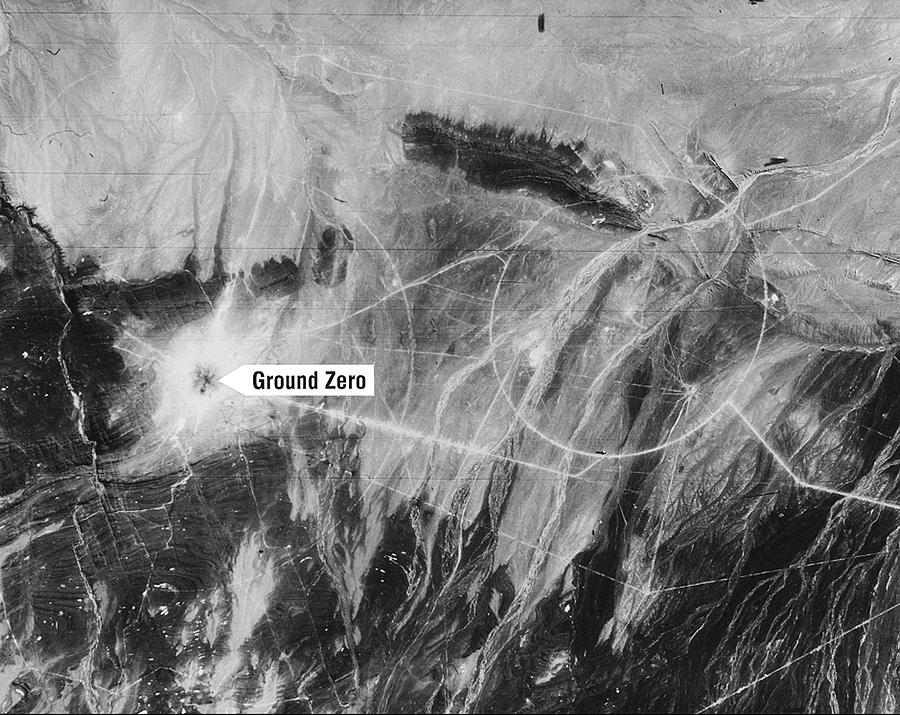 First Chinese nuclear test. Corona satellite image of the first Chinese nuclear weapons test site four days after the first test. The test took place at the Lop Nur Nuclear Weapons Test Base on the 16th October 1964. Ground zero, the location of the explosion, is labelled. Corona was America's first satellite program. It launched 144 photoreconnaissance satellites to collect intelligence on the USSR and their allies between 1960 and 1972. Capsules containing film were ejected from the satellite and sent back to earth for collection.