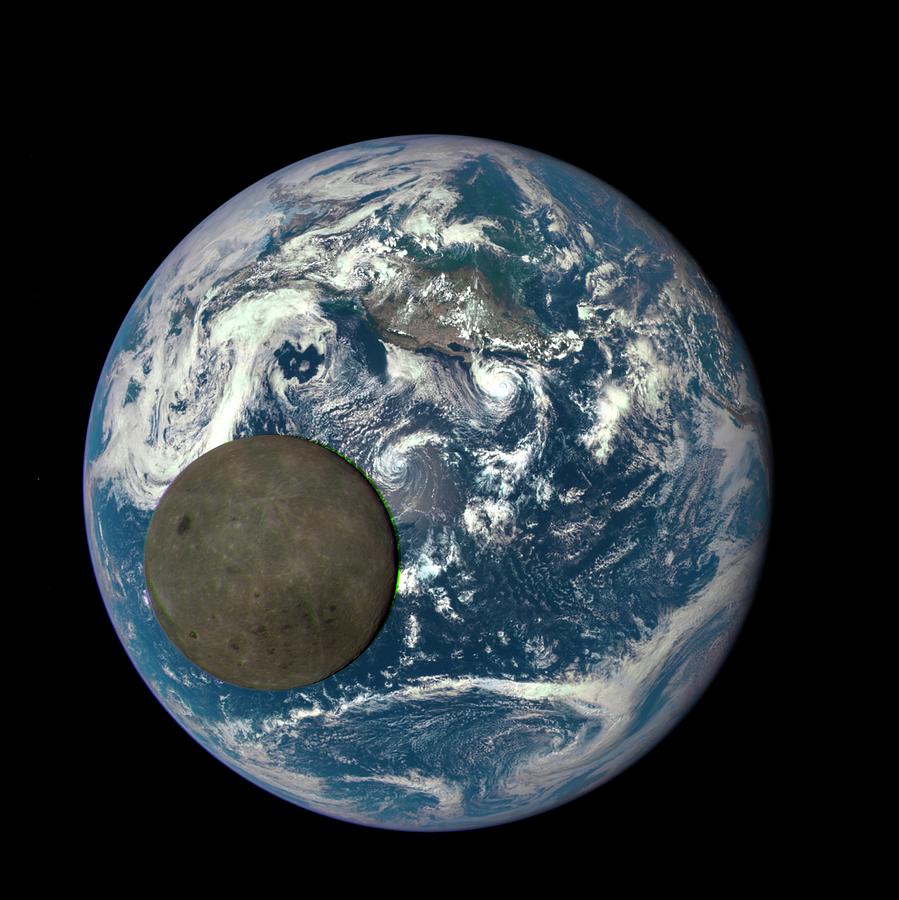 Dark Side Of The Moon

Dark Side Of The Moon

Satellite image of the dark, or far, side of the Moon taken at a distance of about 1.6 million kilometres from Earth. This is the hemisphere of the Moon that is never visible from Earth. It was first imaged in 1959 by the Soviet Luna 3 spacecraft. Notable features on the far side include the Sea of Moscow (dark area at upper left) and the Tsiolkovskiy Crater (dark area at lower left). Image obtained by NASA's Earth Polychromatic Imaging Camera (EPIC) on board the Deep Space Climate Observatory (DSCOVR) satellite on 16th July 2015.