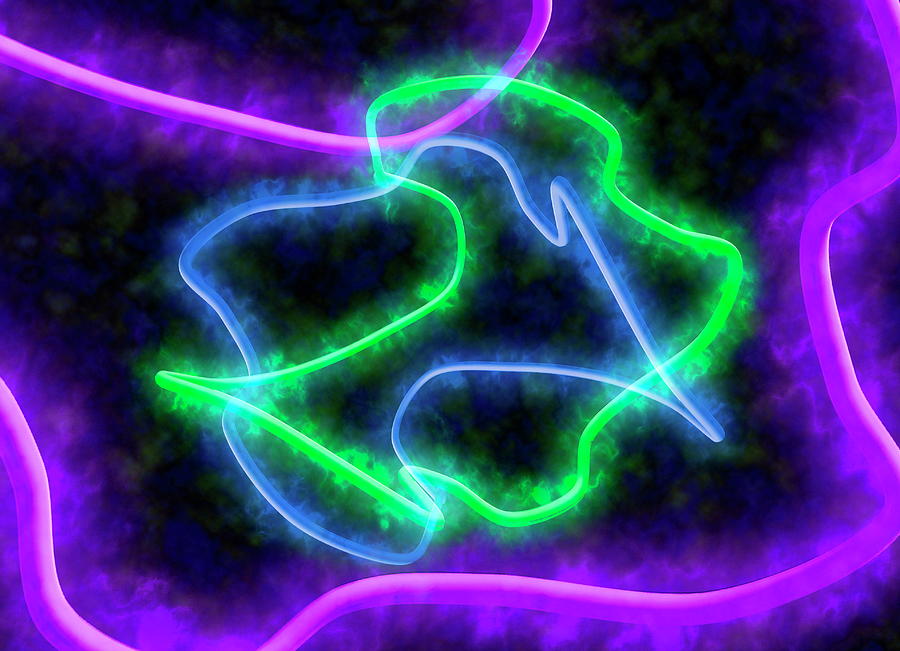 Cosmic strings. Computer artwork of three cosmic strings. These are hypothetical structures that are one-dimensional loops formed when regions of spacetime with different properties contacted each other during the very early stages of the universe. They are thought to be around as thin as a proton, but with an extremely high density. As such they have very high gravitational forces. These gravitational forces may have been responsible for the formation of the clumps of matter that went on to form superclusters of galaxies. Cosmic strings are not related to the strings and superstrings of string theory and theory, which are far, far smaller.