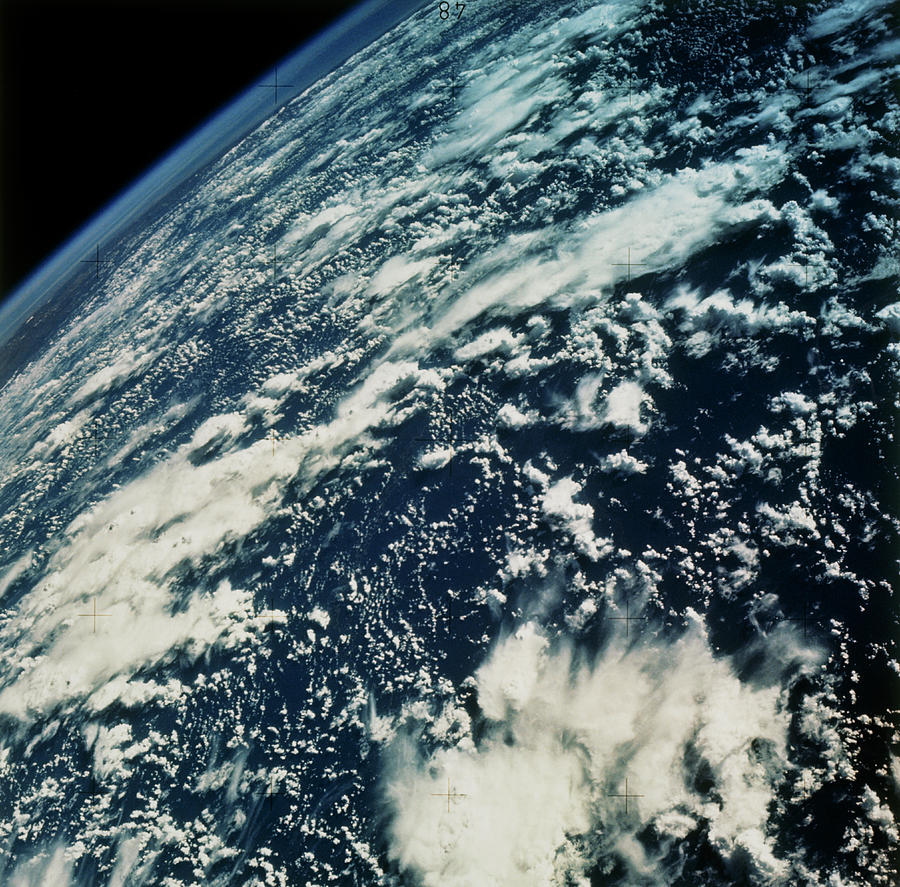 Clouds over the Amazon Basin of South America, photographed by the crew of Skylab 2 in June 1973. This was the wet season in the Amazon, the larger cloud formations carrying heavy rain. At the far edge of the horizon, near the limb at centre left, clear sky may be seen over the Andes Mountains. The clarity of the sky between the clouds shows that seasonal forest burning is not taking place: many later Shuttle photographs show extensive plumes of smoke from the so-called slash and burn" clearance of the forests."