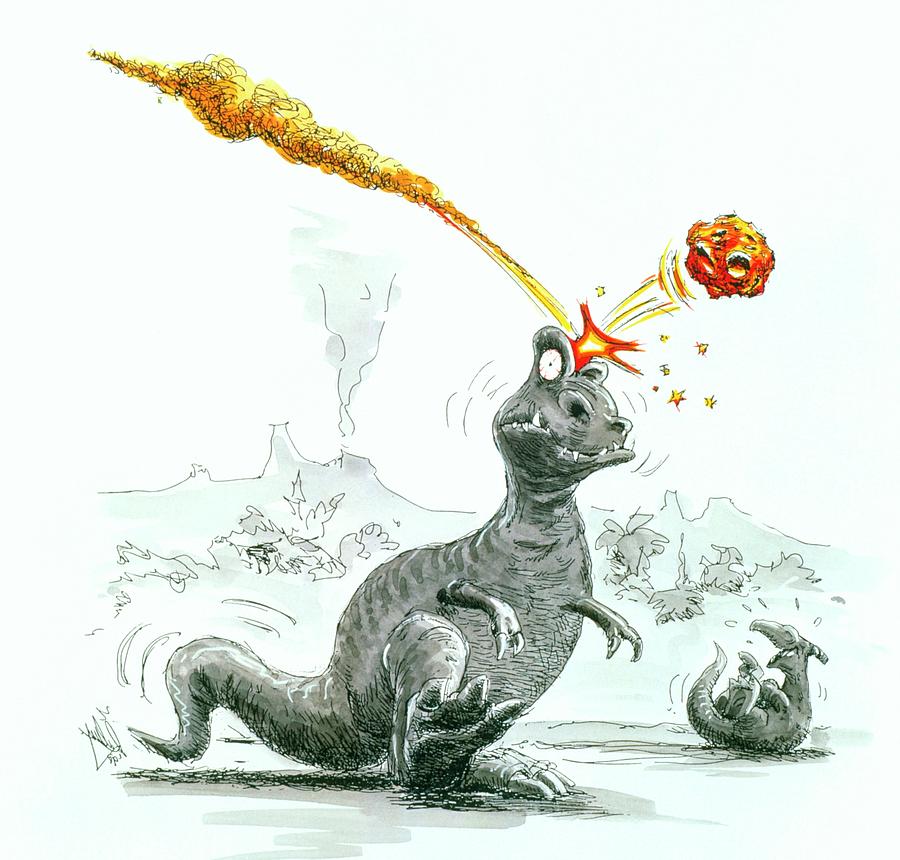 Caricature Of The Death Of Dinosaurs By Meteorite

Caricature Of The Death Of Dinosaurs By Meteorite

Dinosaur extinction. Caricature of the death of the dinosaurs by the impact of a comet or meteor- ite. A Tyrannosaurus rex, a fearsome predator of the time, has taken the impact on its head whilst its prey doubles up in laughter. There is strong evidence that the Earth was struck by a comet or meteorite 65 million years ago, coinciding with the extinction of the dinosaurs. The blast of such an impact would have caused fire and thrown dust into the atmosphere, blocking the light and warmth of the Sun, leading to extinction of the dinosaurs and 70% of all species on Earth. The comet struck at Chicxulub on the Yucatan peninsula, Mexico.