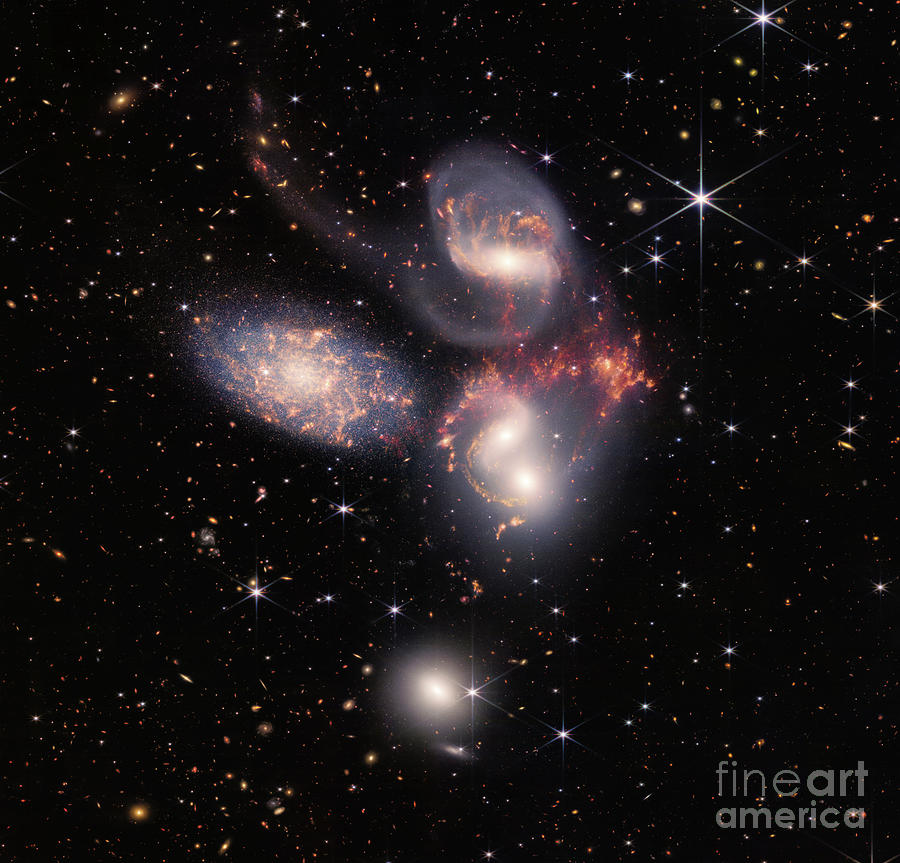 James Webb Space Telescope (JWST) image of Stephan's Quintet galaxies (Hickson Compact Group 92). At left is NGC 7320, which is a foreground galaxy around 40 million light years distant in the constellation of Pegasus. The other galaxies are about 290 million light years away. They are: NGC 7319 (top), NGC 7317 (bottom), and two interacting galaxies (centre) NGC 7318A (lower) and NGC 7318B (upper). Shock waves (red and gold) from this interaction are caused by NGC 7318B moving though the cluster. Other gravitational interactions are causing trails of gas, dust and stars between the galaxies. NGC 7319 contains an active galactic nucleus, a supermassive black hole that is actively accreting material. The image covers an area 620,000 light years across. Composite image obtained by the Near-Infrared Camera (NIRCam) and Mid-Infrared Instrument (MIRI).