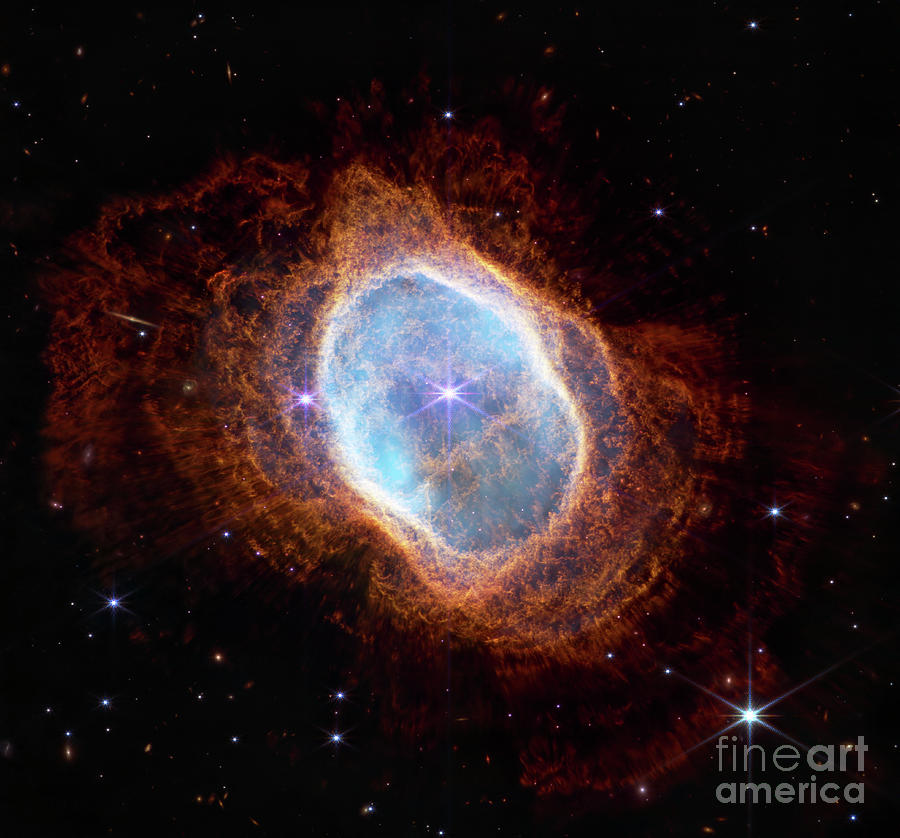 James Webb Space Telescope (JWST) image of the planetary nebula NGC 3132, known as the Southern Ring, or Eight-burst, nebula. The nebula is the result of a dying star ejecting its outer layers as it reaches the end of its life. The white dwarf star which ejected this gas is not the bright star at the centre of the nebula, but a faint star at lower left along one of the bright star's diffraction spikes. These two stars are locked in a tight orbit, causing the nebula's jagged rings. The blue areas are the hottest parts of the gaseous shell, with the red/orange areas being cooler gas and dust. The dark filaments extending across the blue areas are dust bands which have coalesced from the ejected gases. NGC 3132 is around 2,000 light years from Earth. Image obtained by the Near-Infrared Camera (NIRCam).