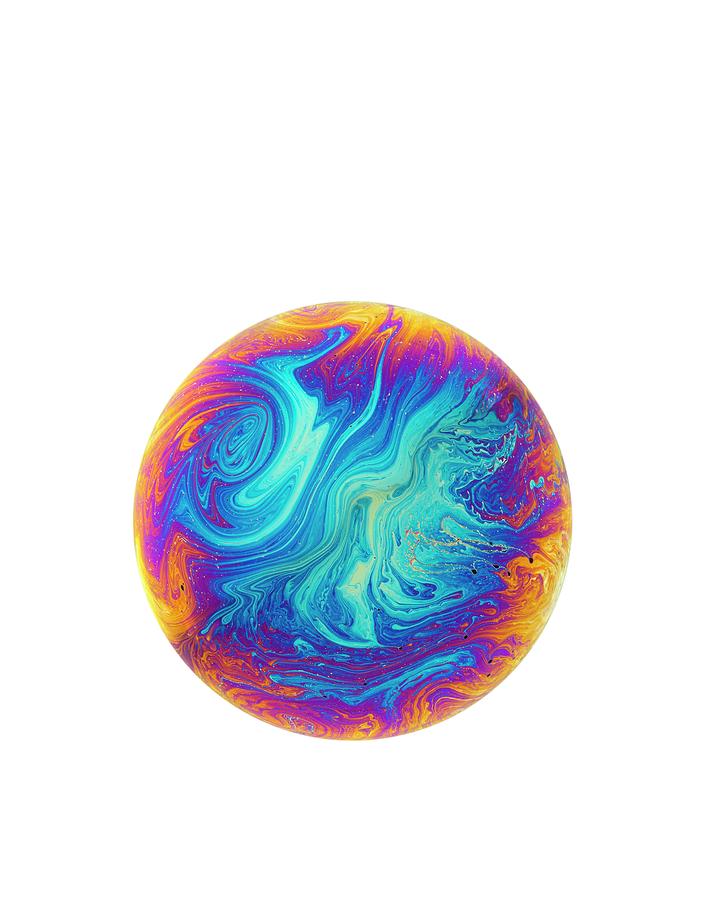 Soap bubble colours. The movement in the thin film is due to the interaction between gravity and buoyancy in the liquid. The colours are produced by the interference of light waves reflected from the upper and lower surfaces of the film. As the thickness of the film is of a similar magnitude to the wavelength of visible light, the interference patterns appear as bands of colour, related to the thickness of the film. Thicker walls cause interference at longer (redder) wavelengths, so appear bluer and greener. As the film thins through evaporation or other processes, the reflected light cancels out yellow then green then blue light, appearing blue, magenta and golden yellow, before becoming too thin to support itself, and popping. Research into film behaviour has increased understanding of the fluid dynamics, for instance of movements of cloud bands in the atmosphere of Jupiter and Saturn.