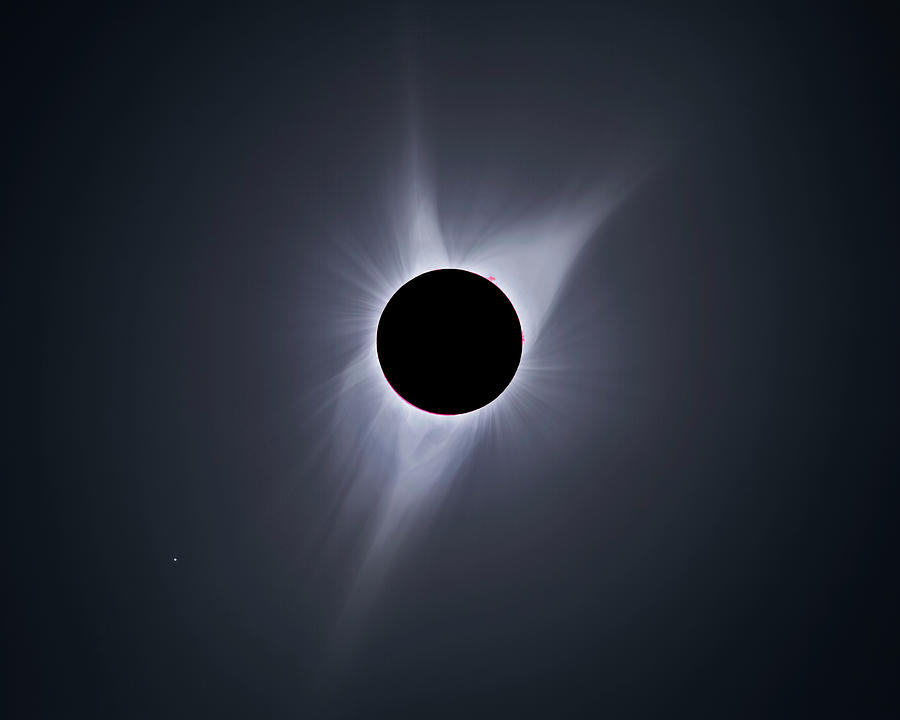 Total solar eclipse, 21st August 2017, from the Willamette Valley, Oregon, USA. The Sun's inner corona (atmosphere) is visible around the disc of the Moon. Solar eclipses occur when the Moon passes across the Sun as seen from Earth. This eclipse tracked across a narrow portion of the contiguous United States from Lincoln Beach, Oregon, in the north west, to Charleston, South Carolina, in the south east. A partial solar eclipse was visible across the entire North American continent. Solar eclipses usually occur less than once a year, and can only be seen from a small area of the Earth's surface. This composite image is composed of 75 individual frames taken at different exposures over the duration of the entire eclipse.

Congrats on your sale!!

Wonderful Capture! Congrats on your sale!