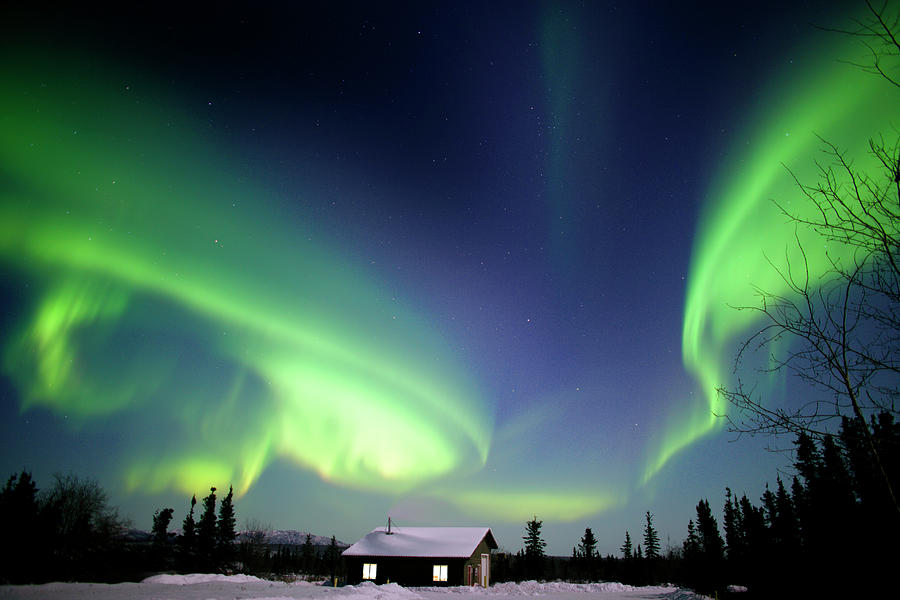 Aurora borealis over a cabin. The aurora borealis (northern lights) is an atmospheric phenomenon that occurs at high latitudes, appearing as shimmering bands of coloured light in the sky. It occurs when charged particles in the solar wind are directed towards the poles by Earth's magnetic field. There they collide with atoms in the upper atmosphere, causing them to emit light. The colour of the light depends on the gas involved. Green is produced by excited atomic oxygen. Photographed in Bettles, northern Alaska.