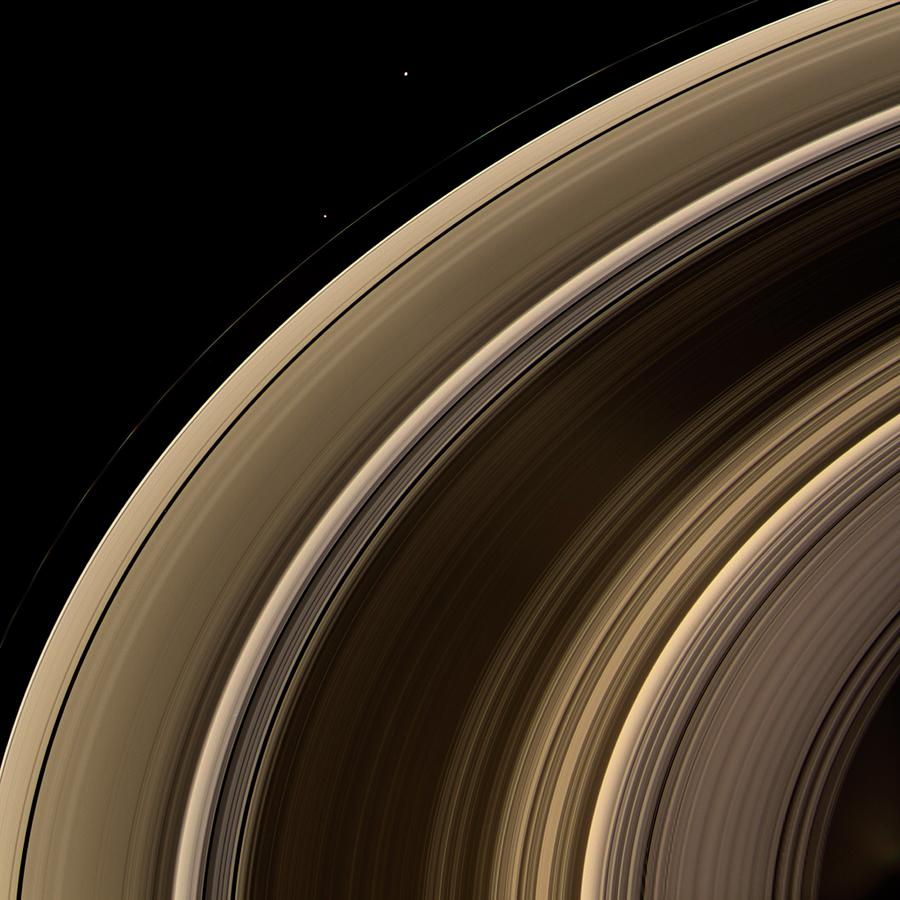 Saturn's rings. Cassini spacecraft image of Saturn's rings and two of its moons Janus (white spot, top) and Pandora (below and left of Janus, just outside the narrow outer ring). The rings, which consist of particles of nearly pure water ice, have become contaminated with meteoritic dust over time. It is this dust that causes differences in the rings' colours. The Cassini-Huygens spacecraft was launched in 1997 to investigate Saturn, its rings and its moons. This image was taken at a distance of 1.1 million kilometres from Saturn on 7th February 2008.

Nice & Congrats on your sale :)

Congrats on your sale!